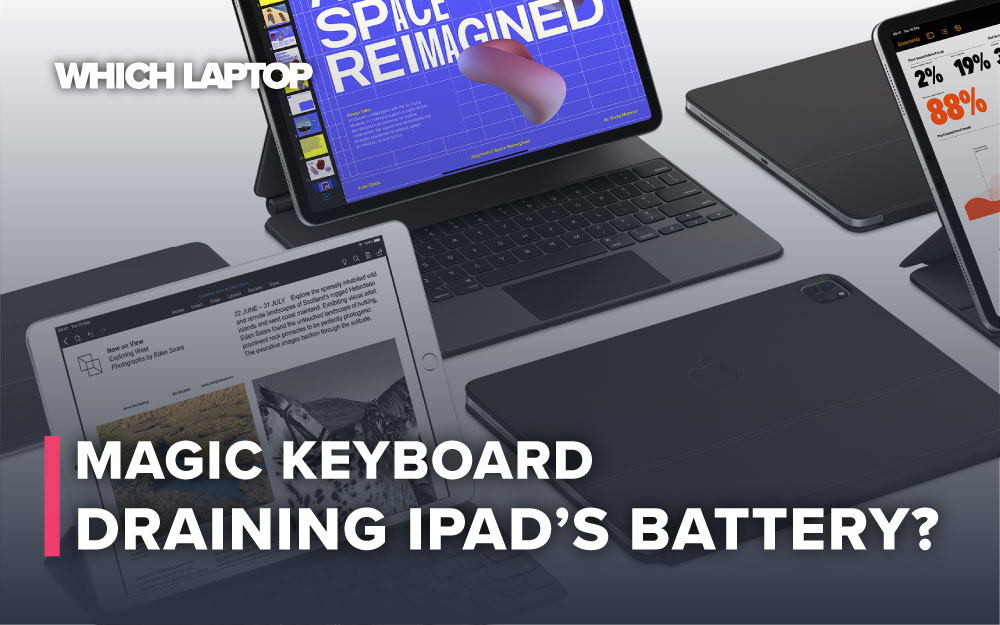 The answer seems to be a resounding yes!

The Magic Keyboard was universally lauded in reviews a couple of week snack but it seems reviewers may not have been as in-depth as it would have been liked as now reports are surfacing of severe battery drains when the keyboard is attached, not only just when in use. Draining the batter by magic if you will.

We would expect a degree of drain and Apple certainly never made any noises about what we could expect, nor were they pressed on the matter at any point in time.

9to5 Mac believes the problem is most noticeable when both the keyboard and backlight are on – which kind of makes sense obviously, but less so understandable when the iPad is idle.

One report showed a battery drop from 11 hours normally to seven hours with the keyboard and case attached which is severe by any standard, Should connecting a keyboard cost you a third of your juice?? Surely not?

Some reports are suggesting that the backlight might be turning itself on without prompting, causing the unexpected drain.

There’s been no confirmation from Apple yet that they are even investigating but this is a pretty normal modus operandi for Cupertino and it could be we see an iOS patch sneak its way out if it deemed to be an issue.

Now it’s in the public domain though it is unlikely to just go away as the Magic keyboard is not cheap and has been touted as a way to laptopize your expensive tablet.

When Apple has had previous battery issues they have tended to be quickly resolved through software tweaks rather than hardware recalls, so if you have a Magic Keyboard it might just be worth riding it out for the next couple of weeks and if you are doing anything mission-critical, then disconnect the keyboard when you aren’t using it.