We have the experience and the know-how to help you select the perfect laptop for you. Our industry veterans know what they are talking about and how to cut through the jargon to make your job choosing the right machine as easy as possible. Read more

Finding the best Laptop for mechanical engineering can prove to be quite a challenge. There are so many things to consider. Things like processing power, graphical processing power, storage size, different types of storage, display, battery, etc.

Not to mention that every laptop has its own pros and cons which complicates the situation even further. Thankfully, we happen to know quite a lot about computers - which is why we decided to write this article for you!

We’ve discussed some of the things to consider before buying a laptop, now let’s take a closer look at what we’ve chosen as the best laptops for mechanical engineering students. So, without any further ado, let us check out some of the best options!

This is a larger gaming-centric laptop, with attention grabbing visuals, and a unique combined touchpad/numpad. The asymmetric look, and colourful lighting make this stand out from the crowd, and the solid gaming performance make it very well suited for people looking for a gaming laptop.

Asus’ ROG series has some of the most beautiful products that we’ve ever seen – from computer components all the way to laptops, the ROG Strix G is not an exception.

Now, the fact that it has RGB all over it can be both a pro and a con depending on who you’re asking. So, if you prefer something more simplistic and serious, move on to our next pick.

The RTX 2060 makes it a better choice for budget gaming compared to our other picks.

Generally speaking, with one of the most powerful processors, a 512GB SSD, thin bezels, and a big display, the ROG Strix G is without a doubt a very viable option as the best laptop for mechanical engineering students!

If you’re on a budget but you still need something that gets the job done, the MSI GF63 is an impressive all-rounder for the money, with impressive mid range gaming performance for the price.

The quad-core CPU and the 8 gigabytes of RAM may slow you down under heavy multitasking or just by running heavy software. But, at the very least there’s only one RAM slot occupied – which means that there is the option of upgrading it to 16 gigabytes without spending a lot.

Now, it may look and feel very sturdy, but the trade-off for this is the relatively high weight. It still offers a good balance between screen size and portability, but if you can’t stand heavy laptops then this is probably not for you.

If you’re into gaming, do keep in mind that the 1050 Ti isn’t exactly the best card to get right now. But it is plenty enough for entry to budget gaming.

The Acer Aspire 7 is one of the most powerful laptops that one can get at this price point. It’s quite possibly one of the most balanced and smartest setups that we’ve seen yet.

One of the tricks that the Aspire 7 uses to achieve this value is that instead of relying on a single, big SSD, it uses a small SSD for the OS and a big HDD for storage. Using a mechanical hard drive on a laptop that’s constantly on the move isn’t the greatest idea – that much is true. But, at the same time, we’ve been doing that for years without encountering any massive issues.

Just like with our previous offering, the Aspire 7 is using the somewhat low-end 1050 Ti card which is still suitable for 30 FPS gaming on most demanding titles. But, that’s to be expected since this specific variant seems to be more targeted towards work rather than gaming.

We’re not just referring to the design, but also the powerful CPU + weak GPU combo. Speaking of design, if you don’t like flashy gaming laptops then this is one of your best picks since it has a rather serious/professional aura to it. Also, let us not forget to mention upgrading it is a piece of cake thanks to the compartment door at the bottom!

A slimline and stylish laptop that still manages to pack in impressive gaming performance.

In terms of style, this is the exact opposite of the ROG Strix G. Sleek, simple, and elegant – like a real gentleman.

As you can see, it has almost the exact same specs with the ROG Strix G. So, it really all comes down to style.

However, it’s worth noting that it offers a higher refresh rate and it uses an SSD + HDD combo while it’s also slightly more lightweight. The only downside to the SSD + HDD setup, apart from the fact that HDDs are more prone to failure due to physical shock, is the fact that two drives consume more power, which, in our case, harms the battery life ever so slightly.

HP Omen may be the most expensive laptop in this list, but it’s also the most capable. It’s not just great for mechanical engineering, but a superb option for gaming as well!

Also, some people may not like the gaming aesthetic and the aggressive look. But, that’s mostly a matter of personal preference. 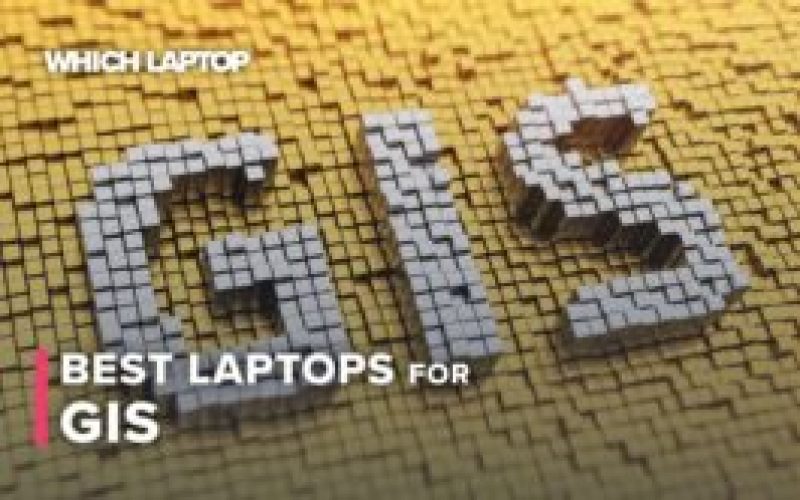 The Best Laptop For GIS